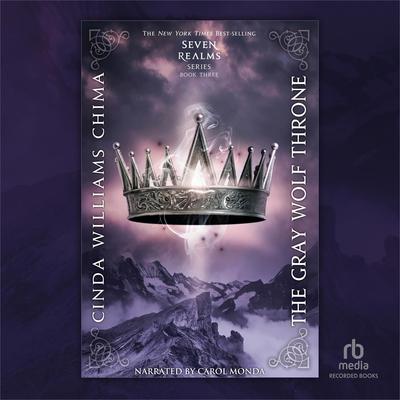 New York Times best-selling author Cinda Williams Chima is well known for her Seven Realms fantasy series. When commoner Han Alister finds his friend Rebecca on the edge of death, saving her life becomes his number one priority. Then he learns that Rebecca is really Raisa ana'Marianna, heir to the Queendom of the Fells, and he's devastated-for more than one reason. But he'll have to ignore his personal feelings to fulfill a promise he made long ago.

“The eddy and flow of complex political and personal intrigues is riveting and Chima navigates with graceful ease through multiple viewpoints and intricately realized settings…Every character is both likable and flawed, written with such clear-eyed compassion that it is impossible not to sympathize with all their competing goals.” —Kirkus Reviews (starred review)
“Chima’s tour de force world-building keeps readers rapt, with cutthroat action sequences running parallel to the political ones.” —Horn Book Magazine

Cinda Williams Chima is the author of young adult fantasy novels, including the New York Times bestsellers Seven Realms and Flamecaster. Her books have received starred reviews in Kirkus and VOYA, among other publications. They have been named Booksense and Indie Next picks, an International Reading Association Young Adult Choice, and have been listed for the Kirkus Best Young Adult Books and the VOYA Editors’ Choice.