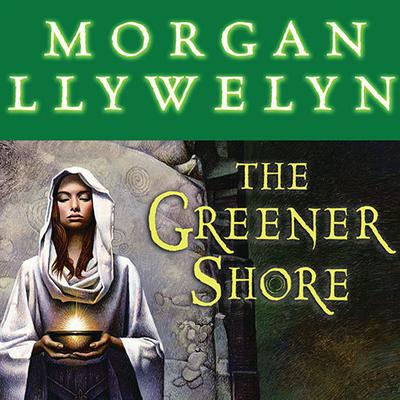 The Greener Shore: A Novel of the Druids of Hibernia

The sequel to Morgan Llywelyn's glorious Celtic fantasy, Druids, The Greener Shore is a beautifully told adventure story. After Julius Caesar triumphs over Gaul, the druid Ainvar and his three wives sail west to the brilliant green island of Hibernia. Here, Ainvar and his clan try to reestablish themselves. Ainvar's "senior" wife, Briga, provides constant wisdom and support for him. Strong, sensible, and with druidic powers of her own, Briga overcomes all obstacles. Readers who appreciate strong female characters will love this woman of the druids.

Morgan Llywelyn is the New York Times bestselling author of Lion of Ireland and many other novels chronicling the Celts and Ireland, from earliest times to the present day. She has won numerous literary awards, was named Exceptional Celtic Woman of the Year, is a founding member of the Irish Writers’ Centre, and is a past chairman of the Irish Writers’ Union. Her critically acclaimed novels of both history and mythology have been translated into many languages.