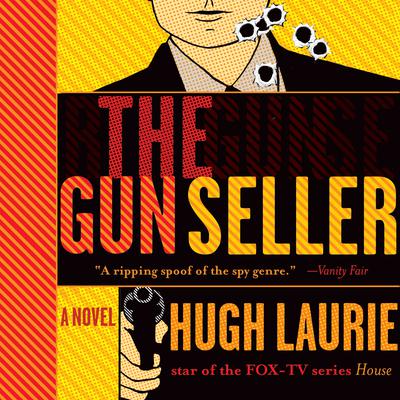 Cold-blooded murder just isn’t Thomas Lang’s cup of tea. Offered a bundle to assassinate an American industrialist, he opts to warn the intended victim instead—a good deed that soon takes a bad turn. Quicker than he can down a shot of his favorite whiskey, Lang is bashing heads with a Buddha statue, matching wits with evil billionaires, and putting his life (among other things) in the hands of a bevy of femme fatales.

Up against rogue CIA agents, wannabe terrorists, and an arms dealer looking to make a high-tech killing, Lang’s out to save the leggy lady he has come to love . . . and prevent an international bloodbath to boot.

Hugh Laurie is a prolific English actor, comedian, writer, musician, and director. He first became known as one half of the Fry and Laurie double act, along with his comedic partner Stephen Fry, whom he joined in the cast of Blackadder and Jeeves and Wooster for more than a decade. His eight-year performance as the protagonist Dr. Gregory House in House earned him two Golden Globe Awards, two Screen Actors Guild Awards, and six Emmy nominations.