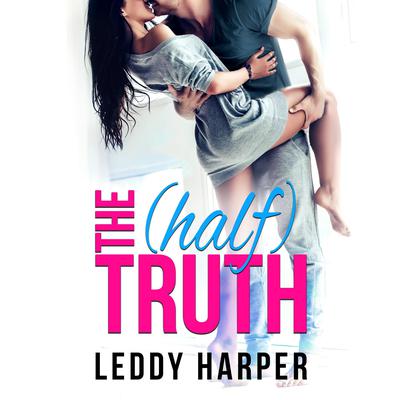 By Leddy Harper
Read by Kendall Taylor  and Brian Pallino

Tatum Alexander is so close to realizing her dream of becoming a sous chef she can taste it, but working at her ex-fiancé’s restaurant with his new girlfriend was never in her career plan. To save face and prove she’s moved on, Tatum cooks up a lie that she’s in a relationship with her best friend’s superhot cousin. There’s just one problem: Jason only recently moved to town, and he has no idea they’re already “dating.”

Jason’s a recovering ladies’ man who shouldn’t be on the menu, but that doesn’t mean he’s immune to Tatum’s quirky charm. Giving her lie a kernel of truth, they decide some no-strings-attached fun between the sheets can’t hurt. But as Tatum’s forced to keep making up stories to cover her original fib, she has a hard time separating what’s real and what’s fake—including her feelings for Jason.

With too many tales spun, Tatum can only watch in horror as her collection of yarns begins to unravel, leaving everyone she cares about feeling betrayed. After so many lies, will it be too late to set the record straight? And more importantly, will she be able to convince Jason there’s truth in their love?