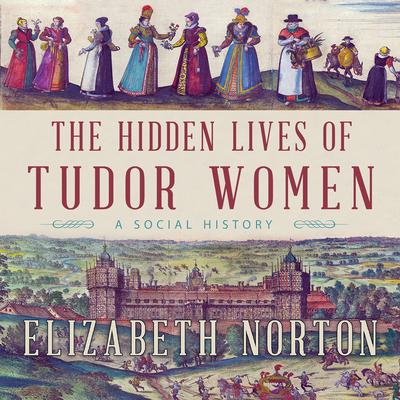 The Hidden Lives of Tudor Women: A Social History

The Tudor period conjures up images of queens and noblewomen in elaborate court dress; of palace intrigue and dramatic politics. But if you were a woman, it was also a time when death during childbirth was rife; when marriage was usually a legal contract, not a matter for love, and the education you could hope to receive was minimal at best.

Yet the Tudor century was also dominated by powerful and dynamic women in a way that no era had been before. Historian Elizabeth Norton explores the life cycle of the Tudor woman, from childhood to old age, through the diverging examples of women such as Elizabeth Tudor, Henry VIII's sister; Cecily Burbage, Elizabeth's wet nurse; Mary Howard, widowed but influential at court; Elizabeth Boleyn, mother of a controversial queen; and Elizabeth Barton, a peasant girl who would be lauded as a prophetess. Their stories are interwoven with studies of topics ranging from Tudor toys to contraception to witchcraft, painting a portrait of the lives of queens and serving maids, nuns and harlots, widows and chaperones. Norton brings this vibrant period to colorful life in an evocative and insightful social history.

Elizabeth Norton is a historian specializing in the history of the queens of England and the Tudor period. She is the author of biographies of Anne Boleyn, Jane Seymour, Anne of Cleves, and Catherine Parr. Norton studied archaeology and anthropology at the University of Cambridge and later earned a masters in European archaeology from Oxford University. She also writes for numerous magazines, journals, and websites and has appeared on the National Geographic channel. She lives in Kingston upon Thames, England.