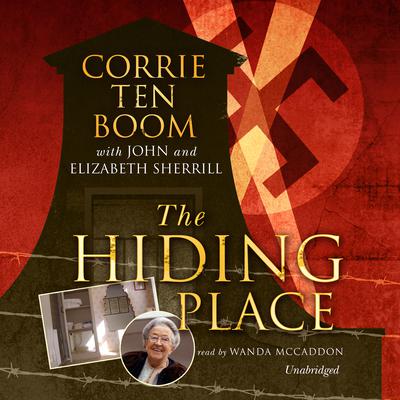 At one time, Corrie ten Boom would have laughed at the idea that she had a story to tell. For the first fifty years of her life, nothing out of the ordinary ever happened to her. She was an old-maid watchmaker living contentedly with her sister and their elderly father in the tiny Dutch house over their shop. Their uneventful days, as regulated as their own watches, revolved around their abiding love for one another.

But with the Nazi invasion and occupation of Holland, everything changed. Corrie ten Boom and her family became leaders in the Dutch underground, hiding Jewish people in their home in a specially built room and aiding their escape from the Nazis. For their pains, all but Corrie found death in a concentration camp.

Here is a story aglow with the glory of God and the courage of a quiet Christian spinster whose life was transformed by it.

“A story of hope and faith. Its conversational style makes it especially effective in audio.” —Indianapolis Star
“Reader May has the right tone and accent to convey Corrie’s middle-aged presentation. The soul searching and questioning that Corrie expresses comes out clearly through the reader.” —Kliatt
“Narrator Nadia May provides an authentic and engaging vocal presentation of this fine work.” —Library Journal
“Nadia May does great credit to the writers of this true story...Her emotional control makes the tension and horror of the family’s plight more real and hideous...The listener is left with a story of extraordinary humanity, goodness and overwhelming love.” —AudioFile

Cornelia “Corrie” ten Boom (1892–1983) was a Dutch Christian Holocaust survivor who helped many Jews escape the Nazis during World War II. Her autobiography, The Hiding Place, was made into a movie of the same name. In 1967 Ten Boom was honored as one of the “Righteous among the Nations” by the State of Israel.

In the years after the closing chapter of The Hiding Place, she traveled ceaselessly, carrying her message of triumphant living all over the world, especially behind the Iron Curtain. The author of devotional books treasured by millions, she was also a colorful, amusing speaker.