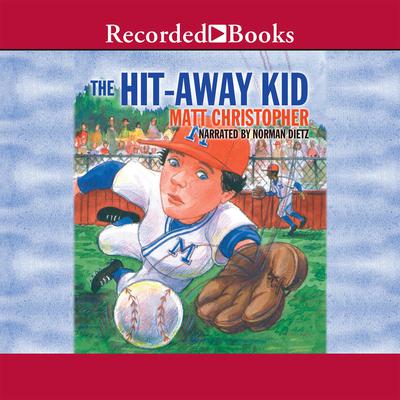 Barry McGee likes being the Hit-Away Kid, the star of the Peach Street Mudders neighborhood baseball team. In fact, he likes it so much that he's willing to cheat-just once in a while-to help his game. He tells the umpire that he touched a base when he didn't even come close. He even picks up balls that he's dropped in the outfield-and swears the ball never left his glove. So far, Barry has been able to get away with cheating. But when a pitcher from a rival team discovers that the Hit-Away Kid isn't nearly as good as everyone thinks, Barry must decide which is more important: winning or playing fair. For over 30 years, Matt Christopher has been writing some of America's favorite sports stories for children. In The Hit-Away Kid, the beloved author weaves important lessons on honesty and good sportsmanship into an action-packed, swiftly-paced story.