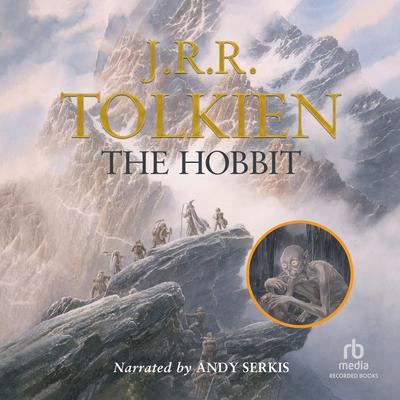 THE GREAT MODERN CLASSIC AND PRELUDE TO THE LORD OF THE RINGS Deep down here by the dark water lived old Gollum, a small slimy creature. I don’t know where he came from, nor who or what he was. He was Gollum—as dark as darkness, except for two big round pale eyes in his thin face. He had a little boat, and he rowed about quite quietly on the lake; for lake it was, wide and deep and deadly cold. Whisked away from his comfortable, unambitious life in his hobbit-hole in Bag End by Gandalf the wizard and a band of dwarves, Bilbo Baggins finds himself caught up in a plot to raid the treasure hoard of Smaug the Magnificent, a large and very dangerous dragon. This brand-new unabridged recording is narrated by the acclaimed actor, director and author, Andy Serkis.