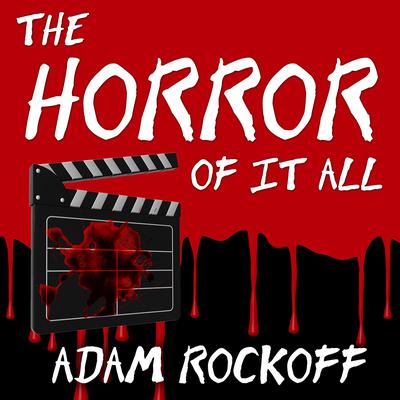 The Horror of It All: One Moviegoer’s Love Affair With Masked Maniacs, Frightened Virgins, and the Living Dead…

Horror films have simultaneously captivated and terrified audiences for generations, racking up billions of dollars at the box office and infusing our nightmares with unrelenting zombies, chain saw–wielding madmen, and myriad incarnations of ghosts, ghouls, and the devil himself. Despite evolving modes of storytelling and the fluctuating popularity of other genres, horror endures. The Horror of It All is a memoir from the front lines of the industry that dissects (and occasionally defends) the hugely popular phenomenon of scary movies. Author Adam Rockoff traces the highs and lows of the horror genre through the lens of his own obsessive fandom, born in the aisles of his local video store and nurtured with a steady diet of cable trash. From Siskel and Ebert's crusade against slasher films to horror's renaissance in the wake of Scream, Rockoff mines the rich history of the genre, braiding critical analysis with his own firsthand experiences. Be afraid. Be very afraid.

Rockoff is a passionate defender of the creative rights of filmmakers. —Kirkus

Adam Rockoff is the screenwriter of Wicked Lake, a film so depraved it caused Ron Jeremy to storm out of the theater in anger. However, his 2010 adaptation of the classic exploitation film, I Spit on Your Grave, received nearly unanimous praise from horror critics. His first book, Going to Pieces: The Rise and Fall of the Slasher Film, 1978–1986, a critical examination of the slasher genre, was made into a documentary which premiered on STARZ. When he’s not getting his hands bloody, Rockoff runs the television production company, FlashRock Films.