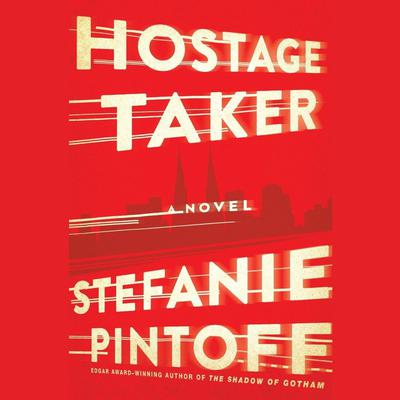 From Edgar Award winner Stefanie Pintoff comes the start of an electrifying new thriller series featuring Eve Rossi, head of a secret division of the FBI—one made up of ex-convicts with extraordinary talents, oversized egos, and contempt for the rules. Perfect for readers of Iris Johansen and Catherine Coulter.

Terror Strikes an Iconic Church—And Brings a City To Its Knees.

In the hushed quiet of early morning Manhattan, in front of the towering brass doors of Saint Patrick's Cathedral, a young woman holds a sign that reads: Help Me. For one FBI agent, a madman's terrified hostages, and an entire city, a long and harrowing day is about to unfold.

The hostage taker's identity is unknown. But he knows who FBI agent Eve Rossi is—and everything about her past. Along with her presence, he demands five witnesses: ordinary people with some hidden connection. Defying her superiors, Eve begins a deadly dance with an adversary whose intentions are surely sinister, whose endgame is anything but certain, and whose cunning keeps him one step ahead at every turn.

As Eve manages a taut hostage situation, she relies on the combined skills of her team—a secret unit inspired by France's most notorious criminal and made up of ex-convicts with extraordinary talents, oversized egos, and contempt for the rules.

Eve is up against a rapidly ticking clock. But the dangerous man calling the shots has a timetable of his own—and a searing question for his targets: What are you guilty of? As shocking revelations surface, so does another crisis nobody could anticipate—one not even Eve and her team may be able to stop.

Stefanie Pintoff is the Edgar Award–winning author of four previous novels. Her writing has also won the Washington Irving Book Award and earned nominations for the Barry, Anthony, Macavity, and Agatha awards. She lives on Manhattan’s Upper West Side, where she is at work on her next novel.