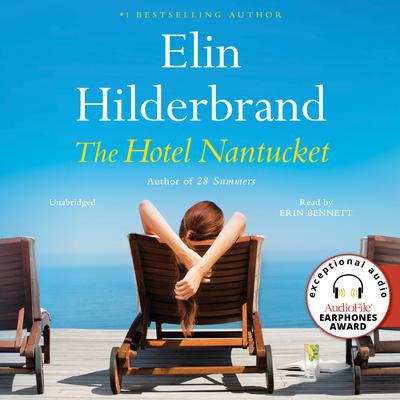 From the “queen of beach reads” (New York Magazine) comes an immensely satisfying page-turner in this tale about a summer of scandal at a storied Nantucket hotel.

Fresh off a bad breakup with a longtime boyfriend, Nantucket sweetheart Lizbet Keaton is desperately seeking a second act. When she i’s named the new general manager of the Hotel Nantucket, a once Gilded Age gem turned abandoned eyesore, she hopes that her local expertise and charismatic staff can win the favor of their new London billionaire owner, Xavier Darling, as well as that of Shelly Carpenter, the wildly popular Instagram tastemaker who can help put them back on the map.

While the Hotel Nantucket appears to be a blissful paradise, complete with a celebrity chef-run restaurant and an idyllic wellness center, there’s a lot of drama behind closed doors. The staff and guests have complicated pasts, and the hotel can’t seem to overcome the bad reputation it earned in 1922 when a tragic fire killed nineteen-year-old chambermaid Grace Hadley. With Grace gleefully haunting the halls, a staff harboring all kinds of secrets, and Lizbet’s own romantic uncertainty, is the Hotel Nantucket destined for success or doom?

Filled with the emotional depth and multiple points of view that characterize Hilderbrand’s novels as well as an added dash of Roaring Twenties history, The Hotel Nantucket offers something for everyone in this compelling summer drama.

“The Hotel Nantucket has lots to love: great food, juicy gossip, secrets and scandals, and that special something that Hilderbrand delivers novel after novel." —Business Insider

Elin Hilderbrand is the New York Times bestselling author of numerous novels, including the Nantucket series, the Winter series, and over a dozen stand-alone novels, as well as two novellas. Her book Barefoot was a finalist for the 2008 Romantic Novel of the Year Award.