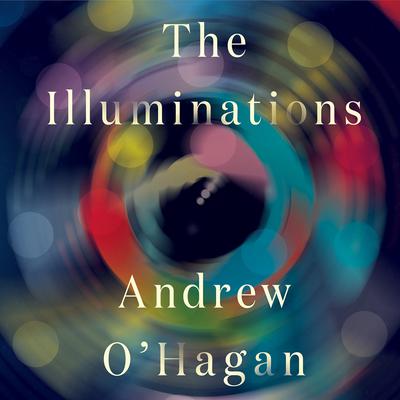 Anne Quirk's life is built on stories—both the lies she was told by the man she loved and the fictions she told herself to survive. Nobody remembers Anne now, but this elderly woman was an artistic pioneer in her youth, a creator of groundbreaking documentary photographs. Her beloved grandson Luke, now a captain with the Royal Western Fusiliers in the British army, has inherited her habit of transforming reality. When Luke's mission in Afghanistan goes horribly wrong, his vision of life is distorted and he is forced to see the world anew.
Once Luke returns to Scotland, the secrets and lies that have shaped generations of his family begin to emerge as he and Anne set out to confront a mystery from her past among the Blackpool Illuminations—the dazzling artificial lights that brighten the seaside resort town as the season turns to winter.

“Andrew O’Hagan has created a story that is both a howl against the war in Afghanistan and the societies that have blindly abetted it, and a multilayered, deeply felt tale of family, loss, memory, art, loyalty, secrecy, and forgiveness.” —New York Times Book Review
It's remarkable how much human territory O'Hagan explores and illuminates with a restrained style that also helps drive the novel along at a good clip. —Kirkus Starred Review
“[The Illuminations] moves with bold, imaginative daring and a troubled intensity between men at war and women with their children, between Scotland and Afghanistan, between photography and fiction, and between memory and secrets…The virtuosity of the novel, and also its riskiness, is in the violent contrast between the world of women, families and art, and the world of war…[The Illuminations] is using the real world to ask real, difficult and important questions: about how the truth gets reshaped and rearranged, and about whether, under every kind of circumstance, it is possible to be true to yourself.” —Guardian (London)
“It’s a measure of O’Hagan’s compassion that after balancing these stories of war and family—braving the battlefield and braving the passing of time—the ultimate note is hopeful and almost gentle, of something that seems real and vital.” —Telegraph (London)