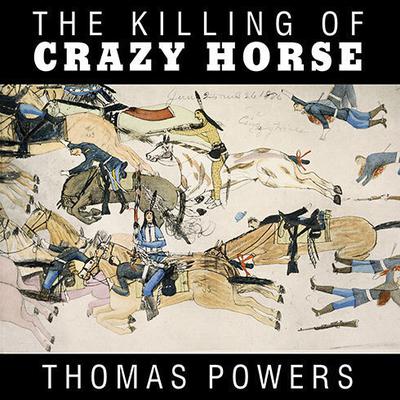 The Killing of Crazy Horse

Winner of the 2011 Spur Award for Best Historical Nonfiction

Winner of the 2010 Los Angeles Times Book Prize for History

Finalist for the National Book Critics Circle Award for Biography

He was the most feared and loathed Indian of his time, earning his reputation in surprise victories against the troops of Generals Crook and Custer at the Rosebud and Little Bighorn. Despite his enduring reputation, he has remained an enigma (even the whereabouts of his burial place are unknown, and no portrait or photograph of him exists). Now, Pulitzer Prize–winning journalist Thomas Powers brings Crazy Horse to life in this vivid work of American history. Powers situates the critical battles won by Crazy Horse within the context of the decades-long conflict between Indian tribes and U.S. Army forces commonly called the Great Sioux Wars. He explores the complicated relationship between the tribes—in particular, Crazy Horse's Lakota Sioux—and the federal authorities. And he makes clear why the few battles won by the Indians—regardless of the fear they left in their wake—did not ultimately help them to stem the tide of settlers, gold seekers, and buffalo hunters that flooded the Great Plains after the Civil War.

“Narrator John Pruden…[uses] an easygoing style. He breaks up long sentences with strategic pauses and adds a dramatic tone during key scenes, such as the attack on Custer and the death of Crazy Horse. Further, he handles Native American names and words with aplomb. In all, the book is informative and rewarding, and Pruden makes it work in audio.” —AudioFile
Powers tells us much that is revealing and often moving about the Sioux in their last days as free warriors. —The New York Times
“A story rife with intrigue, rivalry, factionalism, jealousy, and betrayal. Powers works through this maze with admirable insight…The Killing of Crazy Horse will stand the test of time.” — Wall Street Journal
“Chilling and unforgettable…A portrait done in the blood of the heartland, a heart still beating after all these years. Powers has given us a great book, a great painting of that still-beating heart.” —Washington Post
“A skillfully written, meticulously researched book that covers far more than the chief’s final days and hours.” —Chicago Tribune
“There is a sustained feeling of excitement throughout the book, a sense of the historian’s hunt…Powers is determined to untie the knots, to find out how Crazy Horse really died and why.” —Los Angeles Times
“[A] landmark history…A well-balanced account of the clash of cultures and civilizations…What Powers has so masterfully portrayed is the political bickering within the Sioux nation and the US Army’s role in one of the most shameful episodes in American history.” —Army Magazine
“Nothing short of a masterpiece. Complex and compelling, lurid and lyrical, tragic and transcendent from start to finish.” — Christian Science Monitor
“Masterful…A fascinating portrait of the great and mysterious Sioux war chief and of the pivotal era in hour history in which he lived and died…Powers] is not only an accomplished digger of facts but someone who understands that in matters of war and politics there are very few good—or bad—guys.” —St. Petersburg Times

Thomas Powers is the author of The Man Who Kept the Secrets: Richard Helms and the CIA; Heisenberg’s War: The Secret History of the German Bomb; Thinking About the Next War; The War at Home: Vietnam and the American People; and Diana: The Making of a Terrorist. He is also the author of the novel The Confirmation. Powers has won the Pulitzer Prize for National Reporting, and his work has appeared in the New York Review of Books, the New York Times Book Review, Harper’s, the Nation, Commonweal, the Atlantic, and Rolling Stone.