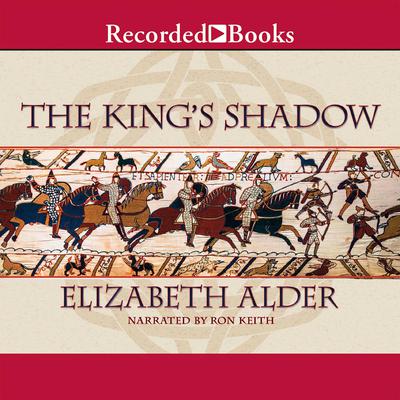 Evyn, a young Welsh serf, has dreams of becoming a traveling storyteller. Every day, as he tends the sheep, he practices The Song of Roland aloud so that he can perform at his lord's Eostre celebration. One horrible night changes his life forever. Murderers kill his father and cut out Evyn's tongue. Sold into slavery by a greedy uncle, and dubbed "Shadow" by his owners, he fears a grim future. He learns to read and write, though, and his resilience and good fortune open new doors for him. He becomes page and friend to Harold Godwinson, soon to be King of England. After the Battle of Hastings, where the future of his country is decided, Evyn knows it is his fate to chronicle Harold's heroic story in memory of his king and for posterity. Filled with nonstop action and an entrancing storyline, The King's Shadow gives readers a glimpse of what it was like to be alive during the Dark Ages. Narrator Ron Keith's very appropriate English accent makes this well-wrought history lesson a pleasure for any listener.