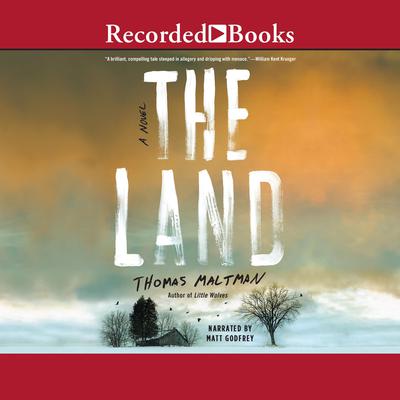 A story of violence at the heart of a pastoral landscape, from the author of Indie Next pick and All Iowa Reads selection Little Wolves Recovering from a terrible auto accident just before the turn of the millennium, college dropout and hobbyist computer-game programmer Lucien Swenson becomes the caretaker of a house in northern Minnesota. Shortly after moving in, Lucien sets out to find a woman with whom he had an affair, who vanished along with money stolen from the bank where they had worked together. His search will take him to Rose of Sharon, a white supremacist church deep in the wilderness, where a cabal of outcasts await the end of the world at a place they call The Land. Lucien is visited at the house by a mysterious guest, who may not be who she claims, as well as a vast flock of violent ravens out of an apocalyptic vision. At once a mystery and spiritual noir, The Land explores the dark side of belief, entrenched white supremacy in the Heartland, the uniquely American obsession with end times, and the sacrifices we make for those we love.

Thomas Maltman’s essays, poetry, and fiction have been published in many literary journals. He has an MFA from Minnesota State University, Mankato, and lives in the Twin Cities area. His first novel, The Night Birds, won an Alex Award, a Spur Award, and the Friends of American Writers Literary Award. In 2009 the American Library Association chose The Night Birds as an “Outstanding Book for the College Bound.”