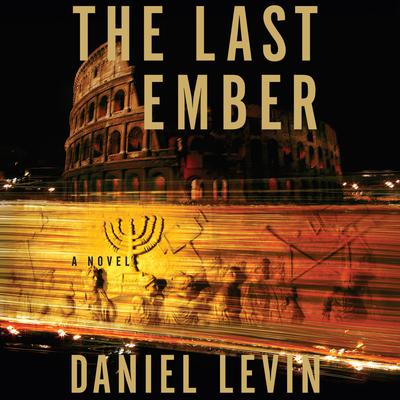 A search for a priceless artifact stolen from the Second Temple in Jerusalem becomes a race against time, terrorism, politics, and the past. Jonathan Marcus is a promising young archeologist studying at the American Academy in Rome when a terrible accident results in a fellow student’s death and Jonathan’s expulsion. He abandons archeology for the law, becoming a skillful advocate for unscrupulous antiquities dealers. When Jonathan’s firm sends him to Rome to discredit the testimony of a prominent U.N. antiquities official, a chance reunion leads to a hunt for the legendary Tabernacle Menorah: solid gold, eight feet high, stolen 2,000 years ago and never recovered. As Jonathan and his friend scour Rome’s ancient sites for hints to its whereabouts, they quickly realize they are not alone and the precious menorah is a key to controlling history itself.

The son of a diplomat, Daniel Levin spent his early years in the Middle East and in Africa and then trained as a lawyer. Currently a board member of the Liechtenstein Foundation for State Governance, he has, for the past twenty years, worked with governments and development institutions worldwide, focusing on economic development and political reform through financial literacy, political inclusion, and constitutional initiatives. He is also engaged in track 3 diplomacy and mediation efforts in war zones. Levin’s first book, Nothing but a Circus: Misadventures among the Powerful, was published in Germany, Japan, Russia, and the UK. Proof of Life is his first book to be published in the United States. He lives outside New York City.