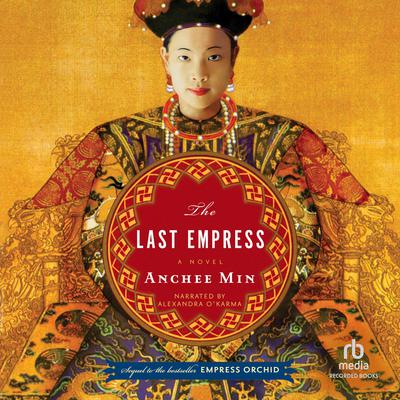 The last decades of the nineteenth century were a violent period in China's history, marked by humiliating foreign incursions and domestic rebellions and ending in the demise of the Ch'ing Dynasty. The only constant during this tumultuous time was the power wielded by one woman, the resilient, ever-resourceful Tsu Hsi -- or Empress Orchid, as readers came to know her in Anchee Min's critically acclaimed, best-selling novel covering her rise to power. The Last Empress is the story of Orchid's dramatic transition from a strong-willed, instinctive young woman to a wise and politically savvy leader who ruled China for more than four decades. In this concluding volume Min gives us a compelling, very human leader who assumed power reluctantly and sacrificed all to protect those she loved and an empire that was doomed to die.

Anchee Min was born in Shanghai in 1957. At seventeen she was sent to a labor collective, where a talent scout for Madame Mao’s Shanghai Film Studio recruited her to work as a movie actress. She moved to the United States in 1984. Her first memoir, Red Azalea, was an international bestseller, published in twenty countries. She has since published six novels, most recently Pearl of China.