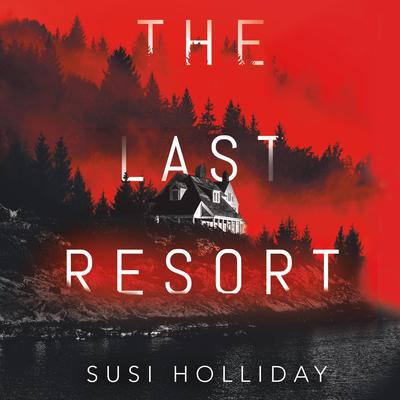 When Amelia is invited to an all-expenses-paid retreat on a private island, the mysterious offer is too good to refuse. Along with six other strangers, she’s told they’re here to test a brand-new product for Timeo Technologies. But the guests’ excitement soon turns to terror when the real reason for their summons becomes clear.

Each guest has a guilty secret. And when they’re all forced to wear a memory-tracking device that reveals their dark and shameful deeds to their fellow guests, there’s no hiding from the past. This is no luxury retreat—it’s a trap they can’t get out of.

As the clock counts down to the lavish end-of-day party they’ve been promised, injuries and in-fighting split the group. But with no escape from the island—or the other guests’ most shocking secrets—Amelia begins to suspect that her only hope for survival is to be the last one standing. Can she confront her own dark past to uncover the truth—before it’s too late to get out?

“Superb. A chilling island-set thriller for fans of Dark Mirror and Agatha Christie.” —Mark Edwards, author of Here to Stay
“A deliciously dark mix of Agatha Christie and Black Mirror, with a plot that’s twisty and clever. One of the most original thrillers you’ll read this year.” —Lisa Gray, author of Thin Air
“A fresh, modern take on the classic locked room mystery! If Michael Crichton, JJ Abrams & the Black Mirror creators wrote a thriller together this would be it.” —Steph Broadribb, author of Deep Down Dead

Susi Holliday is an author of short stories and several novels, and she has been shortlisted for the inaugural CWA Margery Allingham Prize. She provides coaching for new crime writers via www.crimefictioncoach.com. She grew up in Scotland and worked in the pharmaceutical industry for many years before she started writing.