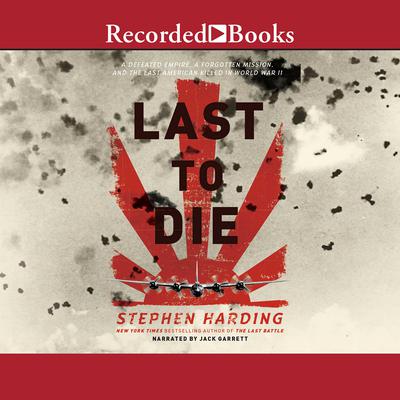 The Last to Die: A Forgotten Bomber and the Final Air Combat of World War II

On August 18, 1945, US Army sergeant Anthony J. Marchione bled to death in the clear, bright sky above Tokyo. Marchione, a gunner in the US Air Force, died like so many before him in World War II-quietly, cradled in the arms of a buddy. Though tragic, Marchione's death would have been no more notable than any other had he not had the dubious distinction of being the last American killed in World War II combat. Based on official American and Japanese histories, personal memoirs, and the author's exclusive interviews with many of the story's key participants, Last to Die is a rousing tale of air combat, bravery, cowardice, hubris, and determination, all set during the turbulent and confusing final days of World War II.