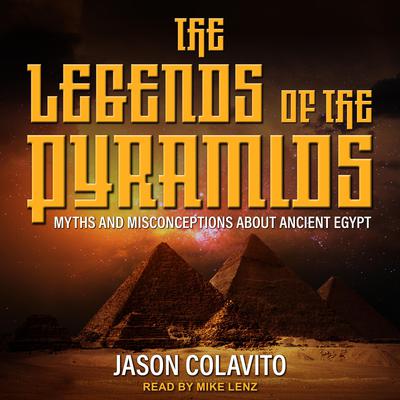 The Legends of the Pyramids: Myths and Misconceptions about Ancient Egypt

Could the Great Pyramid of Giza be a repository of ancient magical knowledge? Or perhaps evidence of a vanished pre—Ice Age civilization?

Misinformation and myths have attached themselves to the Egyptian pyramids since ancient Greece and Rome. While many Americans believe that the pyramids were built by aliens, archaeologists understand that the Giza pyramids were built by the pharaohs of the Fourth Dynasty around 2450 BCE. So why is there such a disconnect between scholarly opinion and the popular view of Egypt? In The Legends of the Pyramids, Jason Colavito takes us back to Late Antique Egypt, where the replacement of polytheism with Christianity gave rise to local efforts to rewrite the stories of Egyptian history in the image of the Bible. When the Arab conquest absorbed Egypt into the Islamic community, these stories then passed into Islamic historiography and reentered the West.

Colavito's The Legends of the Pyramids lays open pop culture's view of Egypt in movies, TV shows, popular books, and New Age beliefs, detailing how the hidden history of Egypt has grown alongside the official history of archaeology and Egyptology.