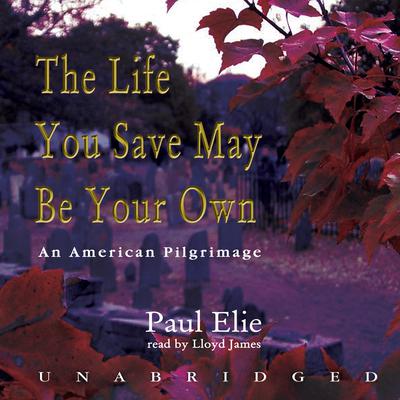 The Life You Save May Be Your Own: An American Pilgrimage

Winner of the 2004 PEN/Martha Albrand Award

In the middle of the twentieth century, four American Catholics, working independently of one another, came to believe that the best way to explore the quandaries of religious faith was in writing. The four writers were Thomas Merton, Dorothy Day, Flannery O'Connor, and Walker Percy. Called the School of the Holy Ghost, for three decades they exchanged letters, ardently read each others' books, and grappled with what one of them called a "predicament shared in common."

Paul Elie tells these four writers' story as a pilgrimage from the God-obsessed literary past to the chaos of postwar American life. It is a story about the ways we look to great books and writers to help us make sense of our experience, and the power of literature to change—and to save—our lives.

Paul Elie, born in 1965, has worked as an editor at Farrar, Straus and Giroux since 1993. His writing has appeared in such publications as Commonweal and the New Republic.