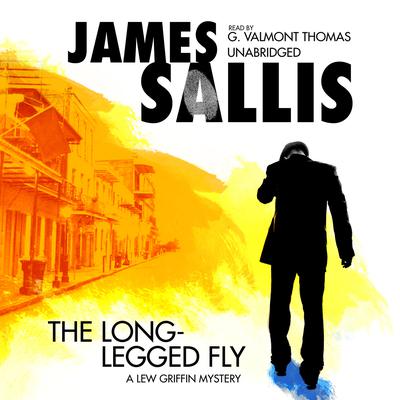 In steamy New Orleans, black private detective Lew Griffin has taken on a seemingly hopeless missing-person case. The trail takes him through the underbelly of the French Quarter with its bar girls, pimps, and tourist attractions. As his search leads to one violent dead end and then another, Griffin is confronted with the prospect that his own life has come to resemble those of the people he is attempting to find.

Waking in a hospital after an alcoholic binge, Griffin finds another chance in a nurse who comes to love him, but again he reverts to his old life in the mean streets among the predators and their prey. When his son vanishes, Griffin searches back through the tangles and tatters of his life, knowing that he must solve his personal mysteries before he can venture after the whereabouts of others.

James Sallis has published more than a dozen novels; multiple collections of short stories, poems, and essays; the definitive biography of Chester Himes; several books of musicology; and a translation of Raymond Queneau’s novel Saint Glinglin. His works have been shortlisted for the Anthony, Nebula, Edgar, Shamus, and Gold Dagger awards. The film version of his novel Drive won the Best Director Award at the Cannes International Film Festival, and his Lew Griffin books are in development for film. He plays guitar, French horn, mandolin, fiddle, sitar, and Dobro, both solo and with the band Three-Legged Dog.