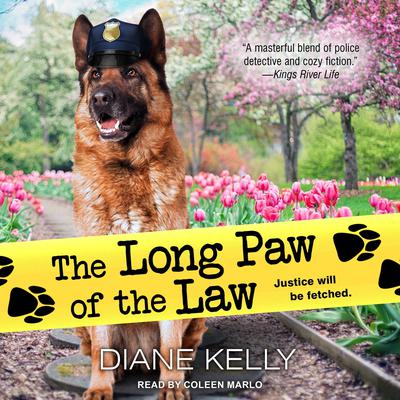 The Long Paw of the Law

One night, while on duty with her four-legged crime-fighting companion, Meg gets an urgent call from her boyfriend Seth, who works for the Fort Worth fire department. A baby girl has turned up at the station with only two clues to her identity: One is a peace-sign symbol stitched into her blanket. The other is a word, written in string: help.

Megan follows every loose thread and, along with Brigit, ends up on a twisted path that leads to the People of Peace compound, the site of a religious sect on the outskirts of the city. Its leader, Father Emmanuel, keeps his followers on a short leash—and his enemies even closer. Could this be the abandoned baby’s original home? And if so, why was she cast out? Now that Megan and Brigit are on the case, the secrets of this reclusive cult are bound to be dug up . . .