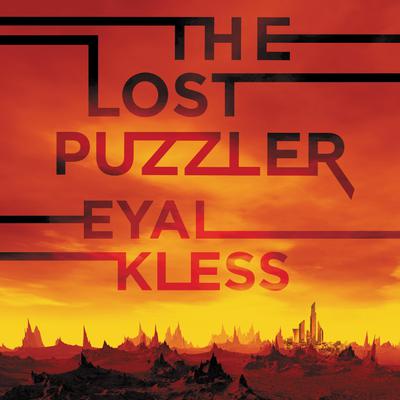 The Lost Puzzler: The Tarakan Chronicles

A brilliantly written and ritiving post-dystopian debut from Eyal Kless, about a society hoping to salvage the technology of a lost generation, a mysterious missing boy who can open doors no one else can, and a scribe who must piece together the past to determine humanity’s future.

More than a hundred years have passed since the Catastrophe brought humanity to the brink of extinction. Those who survived are changed. The Wildeners have reverted to the old ways—but with new Gods—while others place their faith in the technology that once powered their lost civilization.

In the mysterious City of Towers, the center of the destroyed Tarakan empire, a lowly scribe of the Guild of Historians is charged with a dangerous assignment. He must venture into the wilds beyond the glass and steel towers to discover the fate of a child who mysteriously disappeared more than a decade before. Born of a rare breed of marked people, the child, Rafik—known as “The Key”—was one of a special few with the power to restore this lost civilization to glory once again.

In a world riven by fear and violence, where tattooed mutants, manic truckers, warring guilds and greedy mercenaries battle for survival, this one boy may have singlehandedly destroyed humanity’s only chance for salvation—unless the scribe can figure out what happened to him.

“Kless makes a strong entry into speculative fiction, adroitly blending the scattered bits of advanced technology and hints of old Earth with the tension of creeping into monster-filled ghost towns, desperately searching for loot…Readers looking for a crafty puzzle that descends into the twisty depths of loyalty and betrayal will enjoy this far-future adventure.” —Publishers Weekly

Eyal Kless is the author of two books in the Tarakan Chronicles science fiction series. He is a classical violinist who enjoys an international career as both a performer and a teacher.