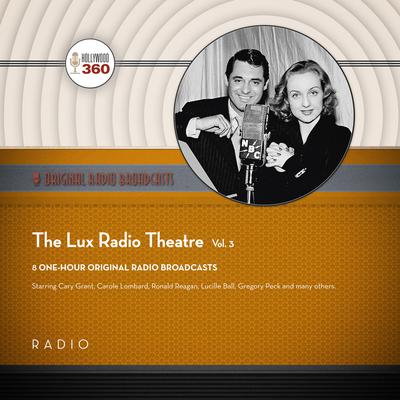 The Lux Radio Theatre was one of the most prestigious and longest-running shows from radio’s Golden Age. It featured the greatest stars in Hollywood appearing in hour-long radio adaptations of their biggest motion pictures. Cecil B. DeMille was the host (from 1936–1945) for a lavish production of what was to become a veritable checklist of many of Hollywood’s best films from the mid-1930s through the mid-1950s.

The stars of the movie usually appeared in their audio counterparts, although sometimes contracts or schedules meant that another actor took the part. The productions were broadcast live, with a full orchestra, in front of a large studio audience. Sponsored by Lever Brothers, the makers of Lux Soap, The Lux Radio Theatre came to radio in 1934 and lasted until 1955 for a total of 926 hour-long broadcasts. It transitioned to TV in thirty-minute weekly installments in 1950 with James Mason as host.