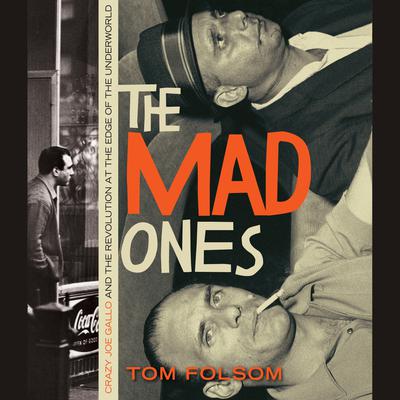 The Mad Ones: Crazy Joey Gallo and the Revolution at the Edge of the Underworld

In the 1960s, a trio of rebellious young gangsters, the Gallo boys, sought to overthrow the reigning New York Mafia Dons and create a dynasty for themselves—an underworld revolution that was fueled by their leader’s immersion into the era’s countercultural revolution. The Gallo boys are steeped in legend, from being the subject of a Bob Dylan ballad to serving as inspiration for The Godfather trilogy to appearing in photo spreads in Life. Yet never before has their complete story been told. Now, “with the authority, swagger, and flavor of a true insider” (ForeWord magazine) Tom Folsom finally gives Red Hook, Brooklyn’s most notorious figures their due and captures the radical spirit of 1960s New York City.

Tom Folsom is the author of the New York Times bestseller The Mad Ones: Crazy Joe Gallo and the Revolution at the Edge of the Underworld. He is also a writer, director, and producer of various documentaries, and his work has appeared at Sundance and on A&E and Showtime. He lives in New York City with his wife.