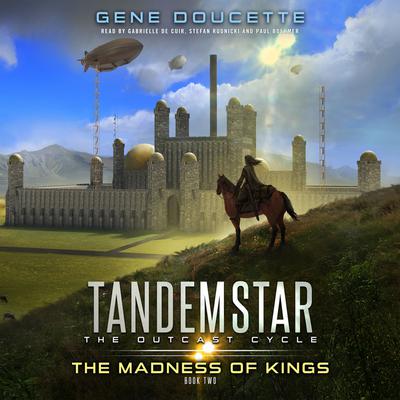 The Madness of Kings

Welcome to The Middle Kingdom!

In the nine Middle Kingdoms it is believed that the royal families are the direct decedents of the gods of Dib: Honus, Javilon, Ho Nita, and Pal. The gifts of the gods are not passed to every member of the royal families, however, and none of these “unblessed” children can ever become king or queen and, due to the displeasure of the gods, they cannot have children of their own.

Unlike the rest of the planet, the middle kingdoms have adhered more closely to the early teachings of the House in both their beliefs and their feudal way of life. In fact, the Septal Houses’ High Hats throughout the rest of Dib have always formally denounced the beliefs and practices of the Houses in the Middle Kingdom.

Back in Velon, after being tasked with the infamous Linus murder case and House vault robbery, Detective Makk Stidgeon is back, and this time he has county attorney Pillick Quibb asking him questions.

Meanwhile in Totus, Battine Alconnot, an unblessed descendent of Ho, Lady Delphina, and her sister Queen Porra find themselves tied up in the mystery …

The Outcast Cycle takes listeners across—and above—the planet Dib. Nestled in the individual stories is the gradual discovery that the House has a big secret … and the Outcast may be more literal than anyone realized.

Gene Doucette published several full-length novels, including Immortal, Hellenic Immortal, Fixer, and Immortal at the Edge of the World, with a small indie publisher. Then, in 2014, he started self-publishing novellas that were set in the same universe as the Immortal series. Additional self-published novels followed with Immortal and the Island of Impossible Things (2016), Unfiction (2017), and The Frequency of Aliens (2017). Gene published two more novels—Immortal From Hell (2018) and Fixer Redux (2019). He plans to continue writing novels for both markets (traditional and self-published) as long as that continues to make sense.