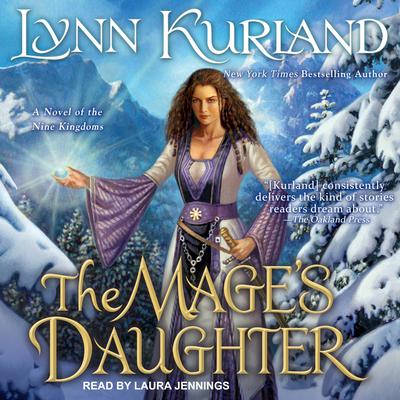 Neroche is under assault by a magic that has stripped its king of his powers and unleashed nightmarish creatures in a war of evil in which Morgan of Melksham is fighting for her life. Recovering from a near-fatal attack, Morgan realizes that she must decide between two fates: that of being a simple shieldmaiden or accepting her heritage as an elven princess. If only she could ignore that she was the daughter of the perilous black mage of Ceangail . . .

Duty bound to aid his king, Miach of Neroche is torn between what his responsibilities demand and what his heart desires. He is willing to risk his life to rescue Morgan from the darkness that haunts her, but he must do so at the peril of his realm. Forced to choose between love and the burden of his mantle, Miach sets out on his most deadly quest ever.

I will continue this series in audio as I think these first two books have provided a nice set up for the remainder of the series. —Bambi Unbridled
“Layers of secrets are peeled away, leaving characters struggling with the revelations. Lyrical storytelling with high-octane adventure, you can’t ask for more!” —RT Book Reviews (4½ stars)

Lynn Kurland is the New York Times and USA Today bestselling author of dozens of historical, time travel, and fantasy romance novels. Her books include the MacLeod Family series, the de Piaget Family series, and the Nine Kingdoms series, which includes Gift of Magic and Star of the Morning.