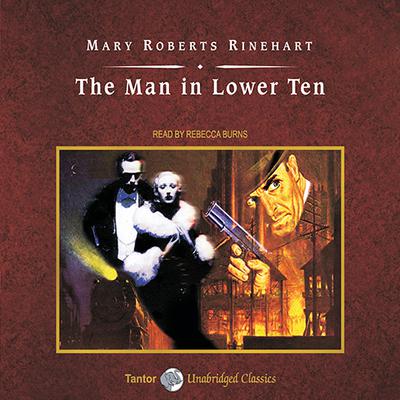 The Man in Lower Ten

Mary Roberts Rinehart has often been called the mistress of mystery. In fact, the phrase "The butler did it" originated in one of her books. In 1905 Rinehart entered a field exclusive to men: detective fiction. Now, nearly a century after she began her ground-breaking career, her celebrated thrillers still remain un-put-down-able masterpieces. Rinehart's The Man in Lower Ten, the first American detective novel to make the bestseller list, follows the investigation of the murder of a man in a sleeping car on a train. In this fast-paced thriller, the investigating detective builds up a network of clues that absolutely incriminate three entirely different people—only one of whom can be guilty.