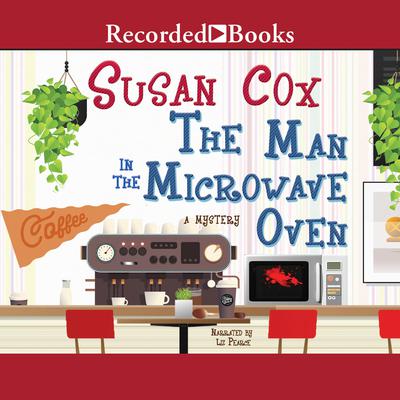 The Man in the Microwave Oven: A Mystery

Following Susan Cox's Minotaur Books/Mystery Writers of America First Crime Novel award-winning debut, The Man on the Washing Machine, comes her next quirky, charming mystery featuring San Francisco shop owner Theo Bogart. To escape a family scandal in her native England, Theo changed her name and moved to San Francisco, where she runs a soap store called Aromas. But her quiet new life was upended when a murder rocked her neighborhood. Now, just as the dust is settling, Theo's best friend, Nat Moore, finds a human finger in the microwave oven at his coffee shop. Not knowing what it means or what to do, he turns to Theo for help. Meanwhile, Theo's grandfather is disappearing back into the shadowy world he used to inhabit as an agent for the British Secret Service, and he may have brought an even bigger breed of trouble right to Theo's doorstep. Once again Susan Cox has painted a delightful portrait of a colorful San Francisco neighborhood and a woman finding her way through just the kind of scandalous mystery she was trying so hard to leave behind.