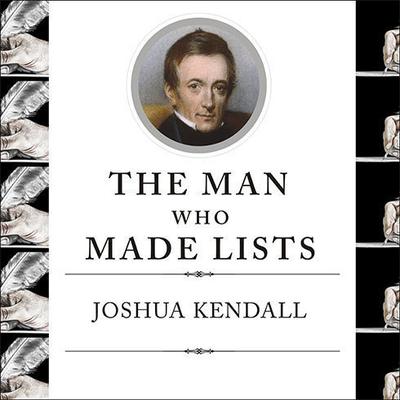 The Man Who Made Lists: Love, Death, Madness, and the Creation of Roget's Thesaurus

Peter Mark Roget—polymath, eccentric, and synonym aficionado—was a complicated man. He was an eminent scholar who absorbed himself in his work, yet he also possessed an allure that endeared him to his mentors and colleagues—not to mention a host of female admirers. But, most notably, Roget made lists. From the age of eight, Roget kept these lists with the intention of ordering the chaotic world around him. After his father's death, his mother became overbearing and despondent. Soon, his sister also descended into mental illness. Despite these tragedies, Roget lived a colorful life full of unexpected twists and discoveries—including narrowly avoiding jail in Napoleon's France, assisting famed physician Thomas Beddoes by personally testing the effects of laughing gas, and inventing the slide rule. Evocative and entertaining, The Man Who Made Lists lets readers join Roget on his worldly adventures and emotional journeys. This rich narrative explores the power of words and the everlasting legacy of a rediscovered genius.

Joshua C. Kendall is the author of The Man Who Made Lists, about the creation of Roget’s Thesaurus, and The Forgotten Founding Father, a biography of Noah Webster, the lexicographer responsible for Webster’s Dictionary. He is also an award-winning journalist whose work has appeared in the Wall Street Journal, the Los Angeles Times, Financial Times, Psychology Today, and BusinessWeek, among others. He is currently an associate fellow of Yale University’s Trumbull College.