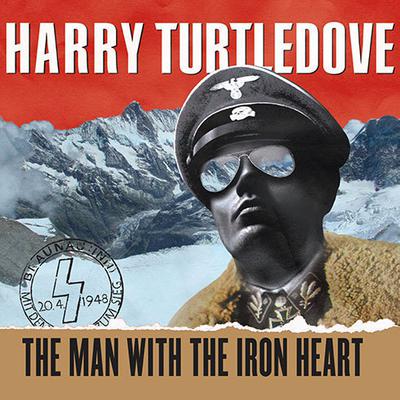 The Man with the Iron Heart

In the real world, Reinhard Heydrich—the number-two man in the SS and an architect of the holocaust—was assassinated in Czechoslovakia in May 1942. Eulogized by Hitler himself as "The Man with the Iron Heart," Heydrich—also known as "The Butcher" and "The Hangman"—was one of the most ruthless and calculating of the Nazi elite. In The Man with the Iron Heart, Heydrich survives that fated assassination attempt only to hatch an insurgency as insidious as anything conceived by Osama bin Laden, designed to keep the German battlefront alive long after the supposed end to hostilities. The Allies thought the war was over, but their problems are just beginning. The Man with the Iron Heart is the gripping story of the hunt for Rienhard Heydrisch and of the effort to suppress urban guerrilla warfare sixty years before we really run into it in Iraq. Powerful and compelling, Turtledove has never been better.

“A fascinating theory of what might have happened if the Germans had refused to give up.” —Dayton (OH) Journal-News
“This dark masterpiece ranks in the Turtledove canon with the classic Guns of the South and How Few Remain.” —Booklist (starred review)
“The parallels to the current situation in Iraq are obvious but cleverly drawn, leaving readers on both sides of the war debate with much to think about.” —Publishers Weekly
“Highly recommended…a pure page-turner…grounded in real history as well as contemporary headlines.” —Fantasy Book Critic