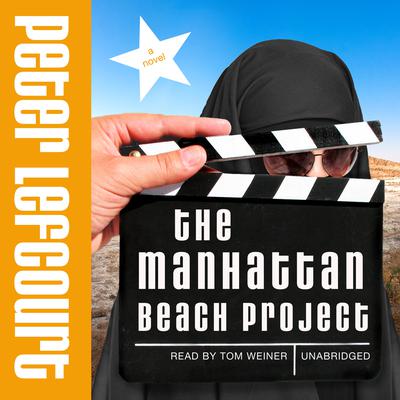 The Manhattan Beach Project: A Novel

Barely four years after winning an Oscar, Charlie has sunken into the ranks of Hollywood bottom-feeders. But one day at his weekly Debtors Anonymous meeting, he meets a mysterious ex-CIA agent who proposes to resuscitate Charlie’s foundering career in the beyond-surreal world of reality TV. Charlie puts his tap shoes on to sell a show about a ruthless Uzbek warlord and his family—“The Osbournes meets The Sopranos”—to a rogue division of ABC known as ABCD, whose mandate is to develop, under top-secret cover, extreme reality TV shows to bolster the network's ratings. When Warlord becomes a breakout hit, it not only sends one of America’s largest entertainment conglomerates into full damage-control mode but also shifts the balance of power in Central Asia, proving that in show business, it’s not over till the mouse sings.

“Peter Lefcourt does for Hollywood what Christopher Buckley does for Washington: stick pins in all the right places. Each of them writes comic novels that mix uproarious mischief with an inspired sense of the absurd. In the case of Mr. Lefcourt’s latest, the idiocy of reality television provides the dartboard. The genre was not cracked up solely to suit Mr. Lefcourt’s purposes; he just makes it seem that way.” —New York Times
“The heady, winning blend of sly satire and fast-paced storytelling makes for serious fun as Lefcourt deftly skewers one character after another. He also scores points with his comments on the excesses of Western and Eastern culture, but fortunately none of the serious stuff gets in the way of a great read.” —Publishers Weekly
“In this rollicking sequel to The Deal, Lefcourt brings his hapless film producer, Charlie Berns, back from industry oblivion in another riotous romp…In this boisterous, laugh-out-loud spoof, Lefcourt manages to skewer every aspect of both Hollywood inanity and foreign-policy insanity.” —Booklist
“No such thing as bad publicity? Maybe in LA, but not Uzbekistan. Outrageously funny, deftly narrated.” —Kirkus Reviews