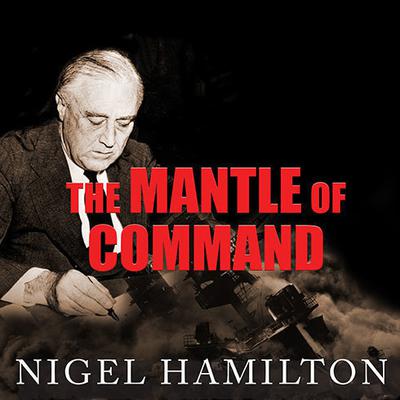 Based on years of archival research and interviews with the last surviving aides and Roosevelt family members, Nigel Hamilton offers a definitive account of FDR's masterful—and underappreciated—command of the Allied war effort. Hamilton takes listeners inside FDR's White House Oval Study—his personal command center—and into the meetings where he battled with Churchill about strategy and tactics and overrode the near mutinies of his own generals and secretary of war. Time and again, FDR was proven right and his allies and generals were wrong. When the generals wanted to attack the Nazi-fortified coast of France, FDR knew the Allied forces weren't ready. When Churchill insisted his Far East colonies were loyal and would resist the Japanese, Roosevelt knew it was a fantasy. As Hamilton's account reaches its climax with the Torch landings in North Africa in late 1942, the tide of war turns in the Allies' favor and FDR's genius for psychology and military affairs is clear. This must-listen account is an intimate, sweeping look at a great president in history's greatest conflict.

This convincingly written and gripping volume is essential for historians, political scientists, and history buffs, for a deeper understanding of the principle of civilian supremacy of the military in the U.S. political system. —Library Journal Starred Review

Nigel Hamilton is the author of Monty, JFK: Reckless Youth; Bill Clinton: An American Journey, and Biography: A Brief History.He is a Fellow of the McCormack Graduate School of Policy Studies, University of Massachusetts, Boston.