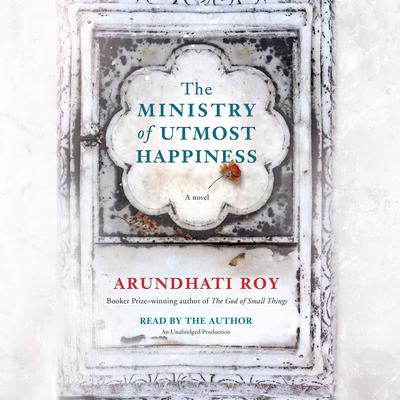 The Ministry of Utmost Happiness: A novel

Longlist for the Man Booker Prize

Longlisted for the Andrew Carnegie Medal for Excellence in Fiction

An Entertainment Weekly “Must Read” of Summer Books

A Cosmopolitan Pick of Summer Reads

An Amazon Best Book of the Month Selection

A dazzling, richly moving new novel by the internationally celebrated author of The God of Small Things

The Ministry of Utmost Happiness takes us on an intimate journey of many years across the Indian subcontinent—from the cramped neighborhoods of Old Delhi and the roads of the new city to the mountains and valleys of Kashmir and beyond, where war is peace and peace is war.

It is an aching love story and a decisive remonstration, a story told in a whisper, in a shout, through unsentimental tears and sometimes with a bitter laugh. Each of its characters is indelibly, tenderly rendered. Its heroes are people who have been broken by the world they live in and then rescued, patched together by acts of love—and by hope.

The tale begins with Anjum—who used to be Aftab—unrolling a threadbare Persian carpet in a city graveyard she calls home. We encounter the odd, unforgettable Tilo and the men who loved her—including Musa, sweetheart and ex-sweetheart, lover and ex-lover; their fates are as entwined as their arms used to be and always will be. We meet Tilo’s landlord, a former suitor, now an intelligence officer posted to Kabul. And then we meet the two Miss Jebeens: the first a child born in Srinagar and buried in its overcrowded Martyrs’ Graveyard; the second found at midnight, abandoned on a concrete sidewalk in the heart of New Delhi.

As this ravishing, deeply humane novel braids these lives together, it reinvents what a novel can do and can be. The Ministry of Utmost Happiness demonstrates on every page the miracle of Arundhati Roy’s storytelling gifts.

Arundhati Roy is the author of the New York Times bestsellers The God of Small Things and The Ministry of Utmost Happiness, as well as several nonfiction titles. She was trained as an architect and has worked as a production designer and screenwriter for two films.