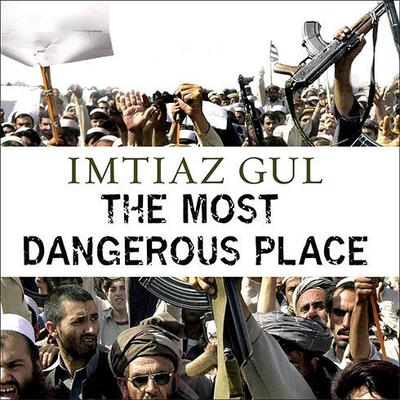 Eight years ago we chased the Taliban from Kabul and forced al-Qaeda to find a new home. One by one the militants crossed the border into Pakistan and settled in its tribal areas, building alliances with locals and terrorizing or bribing their way to power. This place—Pakistan's lawless frontier—is now the epicenter of global terrorism. It is where young American and British jihadists go to be trained, where the kidnapped are stowed away, and where plots are hatched for deadly attacks all over the world. It has become, in President Obama's words, "the most dangerous place"—a hornet's nest of violent extremists, many of whom now target their own state in vicious suicide-bombing campaigns. Imtiaz Gul, who knows the ins and outs of these groups and their leaders, tackles the toughest questions about the current situation: What can be done to bring the Pakistani Taliban under control? Who funds these militants and what are their links to al-Qaeda? Are they still supported by the ISI, Pakistan's all-powerful intelligence agency? Based on dozens of exclusive interviews with high-ranking Pakistani intelligence and government and military officers, as well as extensive first-hand reporting, The Most Dangerous Place is a gripping and definitive exposé of a region that Americans urgently need to understand.

Gul offers an unparalleled inside view of the region where Al Qaeda lives and still thrives. —Ahmed Rashid, author of Taliban

Imtiaz Gul has been reporting on Islamist groups in Afghanistan and Pakistan since the late 1980s. He has written extensively for Pakistan’s Friday Times and News and reported for CNN and Al Jazeera. He is the author of The Unholy Nexus: Pak-Afghan Relations under the Taliban, and he heads the Center for Research and Security Studies in Islamabad.