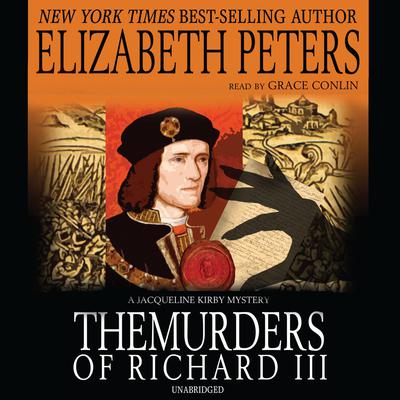 The Murders of Richard III

In a remote English country mansion, modern devotees of the infamous King Richard III, immortally villainized by Shakespeare, have gathered for a grand weekend of role-playing and Ricardian scholarship. Jacqueline Kirby, an attractive American librarian attending the festivities, anticipates only one mystery to be raised: the five-hundred-year-old question of whether Richard truly killed the little princess in the Tower of London.

Jacqueline is amused at the group’s eccentricities—until history begins to repeat itself. A dangerous practical joker recreates famous fifteenth-century murder methods: beheading, poisoning, smothering, and even drowning in a butt of malmsey. As the jokes become more and more macabre, one at last proves fatal.

Racing to untangle the murderous puzzle, Jacqueline puts all her observations together for a dazzling solution that will surprise even the most attentive listener.

“Highly entertaining.” —New York Times
“History buffs will enjoy the author’s grasp of the details and suppositions of this medieval period.” —Library Journal