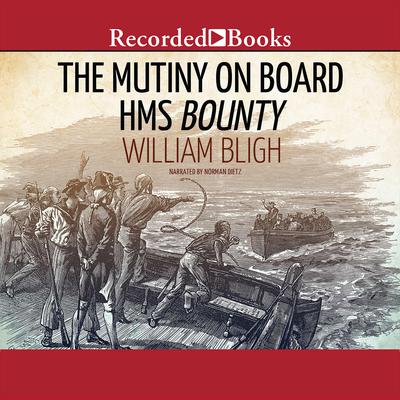 This documentary records the events of the most celebrated mutiny in the annals of the sea: the 1789 revolt against Captain William Bligh in the West Indies. Was Bligh a sadistic disciplinarian who terrorized his crew? Or a superb and misunderstood seaman? Over 200 years later, the controversy surrounding this legendary captain still rages. The truth may lie in this narrative based on the ship's log, in which Bligh writes of the resentful crew, ravaging storms, and uncharted islands that led to mutiny.

William Bligh (1754-1817) was an officer of the British Royal Navy and a colonial administrator eventually rising in rank to vice admiral. During his command of the Bounty in 1789, a notorious mutiny occurred. William Bligh and eighteen of his loyal seamen were expelled from the Bounty onto a small boat and began the greatest open-boat voyage in history, sailing some 4,000 miles to protection in Timor. Bligh returned to Britain and reported the mutiny to the Admiralty two years and two and a half months after leaving England.