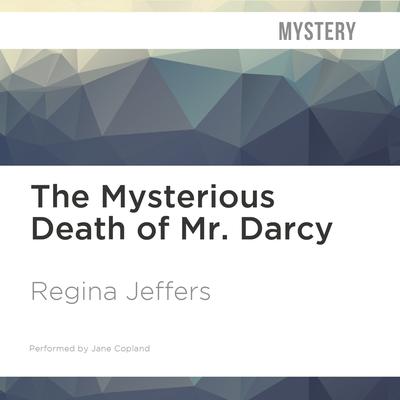 The Mysterious Death of Mr. Darcy

The Pride and Prejudice Mystery Series

A thrilling story of murder and betrayal filled with the scandal, wit and intrigue characteristic of Austen's classic novels.

Fitzwilliam Darcy is devastated. The joy of his recent wedding has been cut short by the news of the sudden death of his father's beloved cousin, Samuel Darcy. Elizabeth and Darcy travel to Dorset, a popular Regency resort area, to pay their respects to the well-traveled and eccentric Samuel. But this is no summer holiday. Danger bubbles beneath Dorset's peaceful surface as strange and foreboding events begin to occur. Several of Samuel's ancient treasures go missing, and then his body itself disappears. As Darcy and Elizabeth investigate this mystery and unravel its tangled ties to the haunting legends of Dark Dorset, the legendary couple's love is put to the test when sinister forces strike close to home. Some secrets should remain secrets, but Darcy will do all he can to find answers even if it means meeting his own end in the damp depths of a newly dug grave.

With malicious villains, dramatic revelations and heroic gestures, The Mysterious Death of Mr. Darcy will keep Austen fans listening right up until its dramatic conclusion.