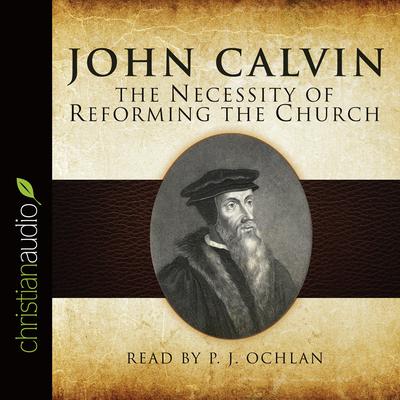 The Necessity of Reforming the Church

Calvin was influenced by the Augustinian tradition, which led him to expound the doctrine of predestination and the absolute sovereignty of God in salvation of the human soul from death and eternal damnation. Calvin’s writing and preachings provided the seeds for the branch of theology that bears his name. The Reformed and Presbyterian churches, which look to Calvin as a chief expositor of their beliefs, have spread throughout the world. Calvin was mostly concerned with reforming the Church, both in terms of doctrine and in terms of how the Church preached and persecuted. He covers all these topics in these commentaries.

John Calvin (1509–1564) was a French Protestant theologian during the Protestant Reformation and a central developer of the system of Christian theology called Calvinism, or Reformed theology. In Geneva he rejected the authority of the Pope, established a new scheme of civic and church governance, and created a central hub from which Reformed theology was propagated. He is renowned for his teachings and writings.