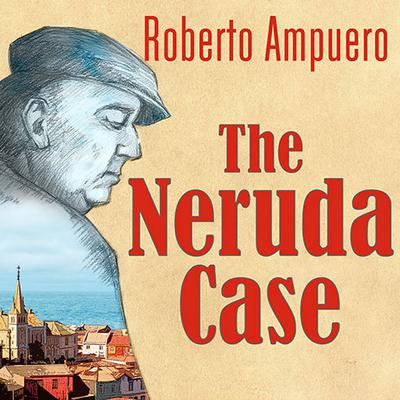 The Neruda Case: A Novel

Roberto Ampuero's novels starring the wonderfully roguish Cayetano Brulé are an international sensation. In The Neruda Case, listeners are introduced to Cayetano as he takes on his first case as a private eye. Set against the fraught political world of pre-Pinochet Chile, Castro's Cuba, and perilous behind-the-Wall East Berlin, this mystery spans countries, cultures, and political ideas, and features one of literature's most beloved figures—Pablo Neruda. Cayetano meets the poet at a party in Chile in the 1970s. The dying Neruda recruits Cayetano to help him solve the last great mystery of his life. As Cayetano fumbles around his first case, finding it hard to embrace the new inspector identity foisted upon him, he begins to learn more about Neruda's hidden agenda. Neruda sends him on a whirlwind expedition around the world, ending back in Chile, where Pinochet's coup plays out against the final revelations of their journey. Evocative, romantic, and full of intrigue, Ampuero's novel is both a glimpse into the life of Pablo Neruda as death approaches and a political thriller that unfolds during the fiercely convulsive end of an era.

[Listen to] this one as much for the story as for the wonderful way Ampuero has with words. —Publishers Weekly Starred Review
“The twists and turns of the quest through Mexico City, Havana, East Berlin, and La Paz deftly weave the personal and the political in a doleful exploration of the ways in which romantic and revolutionary ideals inevitably founder. Neruda himself…is unforgettably conjured.” —New Yorker
“The summer’s most evocative fiction.” —T, The New York Times Style Magazine
“Ampuero offers a provocative depiction of Neruda….Although The Neruda Case is a prequel for his international readers, here in the United States, it should be a prologue for more novels from this shrewd and serious-minded novelist.” —Washington Post
“The book is often wryly funny, even in the face of tragedy…Let’s hope that more books in Ampuero’s Brulé series find an English-speaking audience.” —Minneapolis Star-Tribune
“Ampuero, a University of Iowa professor, is highly regarded in South America, and US readers looking for good literary detective fiction might find themselves falling in love with Cayetano Brulé.” —NPR
“Mix ever-tightening suspense, South American history, the fictional treatment of a major world poet, revolutionary turmoil, and a reluctant sleuth and you’ve got a novel that is hard to put down and easy to remember…Ampuero’s prose, as rendered in the translation of Carolina de Robertis, is brilliant…To call his book a noir thriller does not begin to suggest the sophistication and richness of this gorgeously textured novel.” ­ —Washington Independent Review of Books
“A superb translation by Carolina de Robertis whips the first of Ampuero’s novels to be published in English into a pulsing, panting work.” —Daily Beast
“A suspenseful, atmospheric mystery…The English-speaking world would be well-served by more translations of Ampuero’s work.” —Shelf Awareness
“A moving fictional interpretation of Nobel laureate Pablo Neruda’s final days … sings with poetic metaphor…Read this one as much for the story as for the wonderful way Ampuero has with words.” —Publishers Weekly (starred review)
“Robertson Dean’s superb narration brings the first English translation of the noted Chilean author’s body of work to listeners in the United States…The story deftly weaves the last days of Nobel laureate Pablo Neruda’s life and of President Salvador Allende’s a rule in Chile in a masterful work of literary detective fiction…Dean easily navigates his narration through a variety of characters and accents, whether Cuban, Chilean, or German, and captures the pain in Cayetano’s heart as Allende’s rule crumbles and Neruda succumbs to cancer.” —AudioFile

Roberto Ampuero is the internationally bestselling, award-winning author of several novels in Spanish, including Nuestros Años Verde Olivo and ¿Quién mató a Cristián Kustermann? The Neruda Case is his first novel published in English. Born in Chile, Ampuero is a professor of creative writing at the University of Iowa and currently serves as Chile’s ambassador to Mexico. He lives in Mexico City and Iowa City.