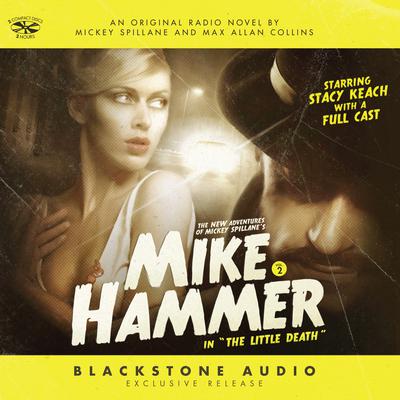 An AudioFile Best Audiobook of the Year in 2010

This fully dramatized audio adventure with sound effects and music is a follow-up toThe New Adventures of Mickey Spillane's Mike Hammer, Vol. 1, which was a finalist for the prestigious Audie® Award in 2009.

Private eye Mike Hammer is no stranger to murder, but this time he has two to untangle: the killing of the Captain, a legless, homeless panhandler, dismissed by the police as "minor," and the slaying of gambling kingpin Marty Wellman. Marty's lady friend, Helen Venn, turns to the PI for help when the Mob fingers her for the next kill. Seems the new kingpin, Carmen Rich—with whom Hammer has a violent history—thinks Helen made off with ten mil in skim money courtesy of her late lover. But Mike Hammer knows a damsel in distress when he sees one and takes up Helen's cause, igniting a series of hit attempts on his life by a small army of out-of-town shooters. Such minor distractions can't prevent the toughest detective of them all from solving two murders and avenging a "little death" in a big way.

“Beautifully produced, this fully realized original radio drama hits all the right notes for an exciting noir adventure. Stacy Keach, who has made PI Mike Hammer his own, provides just the right voice for the now iconic tough guy…Keach is letter perfect in his smooth, unflappable portrayal of Hammer, and he is supported by a talented group of actors. Superb sound design and jazz score (composed and performed by Keach) make this radio novel a great way to spend two hours.” —Publishers Weekly
“The author would have loved Stacy Keach in the lead role of PI Mike Hammer…In the audio format his impeccable timing and pacing achieve new excellence. The sound effects are those of a first-rate 1940s radio drama, updated to include vibrating cell phones and computers. Spillane fans will love this exceptional performance. Old-time radio listeners young and old will be fans, too.” —AudioFile