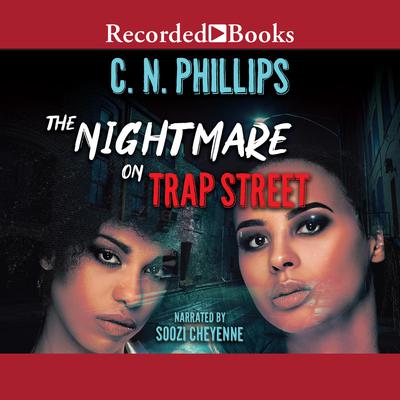 The Nightmare on Trap Street

Sometimes death births new life, and that is fact for sisters Rhonnie and Ahli Malone. After facing the wrath of Madame, the young women take on the job of being security detail for none other than Sadie Thomas, the head of The Last Kings. With a new drug, Vita E Morte doing numbers under her belt, it is apparent that Sadie has plans to distribute it all over the United States. However, after seeing the deadly side effects of the drug, Sadie agrees to get rid of the formula and take it off the market for good. Only somebody doesnt want her to. In fact, theyll do anything to get the formula for themselves, including taking out the leader of The Last Kings. With a phantom gunning for her head and her own camps loyalty being tested, Rhonnie and Ahli are the only ones that Sadie can trust with the location of the formulaTrap Street. Its a place only spoken of in hood myth. Legend is that not only is Trap Street a neutral ground for the most elite hustlers, but it is a fortress for their secrets. Once there, the only objective is to destroy the formula for Vita E Morte so no one can ever sell or take it again, but not even Sadie is prepared for the gory nightmare that awaits her.