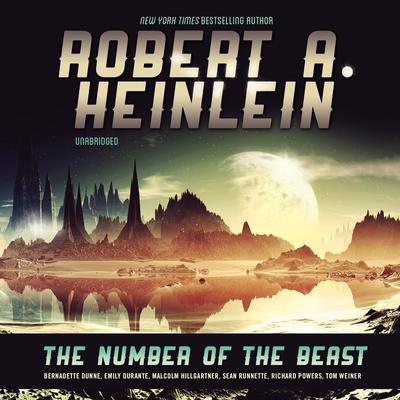 The Number of the Beast

By Robert A. Heinlein
Read by various narrators

The wickedest, most wonderful science fiction story ever created in our—or any—time

Anything can begin at a party in California—and everything does in this bold masterwork by a grand master of science fiction.

When four supremely sensual and unspeakably cerebral humans—two male, two female—find themselves under attack from aliens who want their awesome quantum breakthrough, they take to the skies—and zoom into the cosmos on a rocket roller-coaster ride of adventure, danger, ecstasy, and peril.

“[A story] about two men and two women in a time-machine safari through this and other universes. But describing The Number of the Beast thus is like saying Moby-Dick is about a one-legged guy trying to catch a fish.” —National Review
“[Has a] charming finale.” —Kirkus Reviews