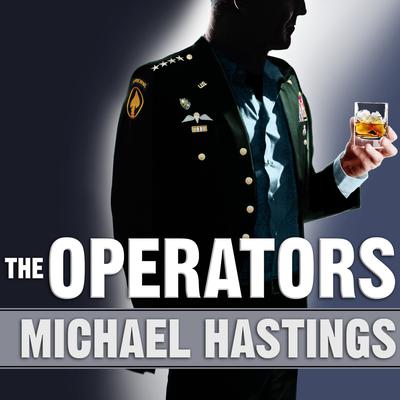 The Operators: The Wild and Terrifying Inside Story of America's War in Afghanistan

In June 2010, Michael Hastings published an article in Rolling Stone that made headlines around the world: In "The Runaway General," he reported on a week he spent in Europe with General Stanley McChrystal, the revered soldier in charge of the war in Afghanistan. McChrystal and his staff's unguarded remarks about the White House, our allies and the conduct of the war led President Obama to order McChrystal to the Oval Office, where he was fired unceremoniously. While Hastings' reporting won him a prestigious Polk award and led to two Pentagon investigations, there is much more to his story than the indiscretions of Stanley McChrystal. In The Operators, Hastings, formerly the Baghdad bureau chief for Newsweek, takes the listener behind the diplomatic façades to paint a picture of nation-building gone awry. Hastings also takes us on patrol missions in Afghanistan, where he is embedded with American troops, and witnesses firsthand the madness, horror, and existential contradictions of Afghanistan. The Operators combines the acute reportage of a Sebastian Junger with the mad energy of a Michael Herr—it is the painful, powerful tale of a war that can never and will never be won.

An impressive feat of journalism by a Washington outsider who seemed to know more about what was going on in Washington than most insiders did. —The New York Times

Michael Hastings (1980–2013) was a contributing editor to Rolling Stone and a correspondent at large for BuzzFeed. Before that he worked for Newsweek, where he rose to prominence covering the wars in Iraq and Afghanistan. He was the recipient of the 2010 George Polk Award for his Rolling Stone magazine story “The Runaway General.” Hastings was the author of three previous books, I Lost My Love in Baghdad, Panic 2012, and The Operators. He was posthumously honored with the Norman Mailer Award for Emerging Journalist.