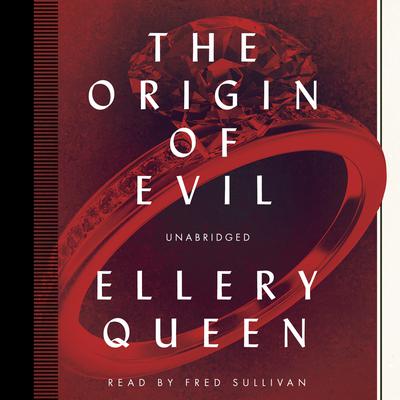 The Origin of Evil

Having escaped New York with the hopes of finishing his latest mystery novel in peace in Los Angeles, Ellery Queen is shocked when a knock on his door lands him right in the middle of yet another mystery.

Leander Hill, a prominent Hollywood jeweler, recently died of a heart attack after receiving a package containing a dead dog, a sight that literally frightened him to death. Hill's daughter is convinced the act was premeditated murder and enlists Queen's help to catch the killer. Now Queen must harness all of his skills to prevail over this unscrupulous mind.

“The absolute acme of intricate ingenuity.” —New York Times
“Ellery Queen, in fine form…The surmise-surprise package as before.” —Kirkus Reviews (starred review)
“The Origin of Evil has an abundance of mystery plot…It is a pleasure to read a book focused so strongly on mystery and detection.” —MysteryFile.com