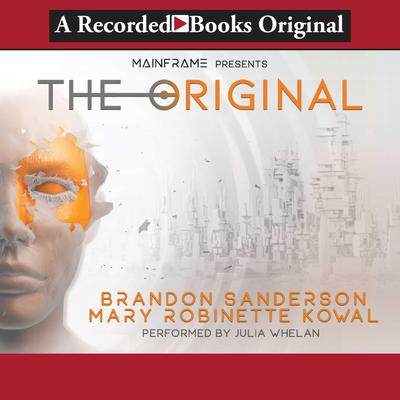 The Original takes place over the course of four days and revolves around the murder of a man named Jonathan Winseed by his wife Holly, who then goes on the run. It questions things like identity, what drives a person to be a killer, and what one is willing to do in order to stay alive.

The world of The Original takes place in a near future version of our current world where humans are essentially immortal. But this immortality comes at a price. It is achieved through nanotechnology that reverses aging and disease. However, the nanites that allow people to live indefinitely also make possible an all-seeing surveillance apparatus. This is tightly regulated by the government with significant emphasis on social liberty and individual privacy protections. Judicial, legislative and executive checks and balances are all in place, but nonetheless it is still a world in which the cost of immortality is the loss of personal privacy.

Brandon Sanderson is the author of the #1 New York Times bestseller Words of Radiance and the internationally bestselling books in the Stormlight Archive and the Mistborn series. He was also chosen to complete Robert Jordan’s the Wheel of Time series. His books have been published in more than twenty-five languages and have sold millions of copies worldwide. He teaches creative writing at Brigham Young University.

Mary Robinette Kowal is an author, a voice actor, an Earphones Award-winning narrator, and a puppeteer. She was the 2008 recipient of the Campbell Award for Best New Writer and a Hugo nominee for her story “Evil Robot Monkey.” She is an active member of Science Fiction and Fantasy Writers of America. A professional puppeteer and voice actor, she spent five years touring nationally with puppet theaters.