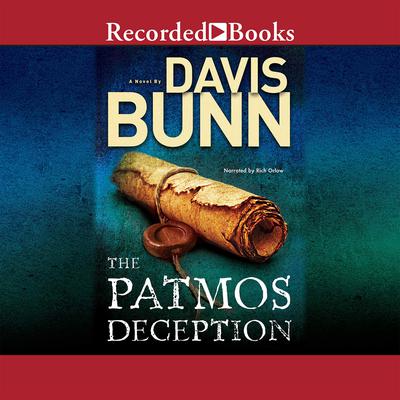 Sweeping New Romantic Suspense from Davis Bunn Carey Mathers arrives in Athens to take a coveted position at the Classical Institute, only to discover the building is shuttered, the institute bankrupt. Journalist Nicholas Tyler believes he is headed for the big time when his paper sends him to Europe. But four months into his assignment, the office is closed. Now he must find freelance investigative projects-or go home. Dimitri Roubinos, born into a seafaring family, knows the aegean and its islands better than anyone alive. But his looks and charm are not enough to overcome the collapse in the tourist trade. Economic chaos is threatening Greece's future-and its past. Three distinctive characters are drawn to the storied isle of Patmos, and as they uncover a plot to plunder ancient religious treasures, the stakes are raised to a breaking point. A revelation from beyond time will give new meaning to the sacrifices all three must make ... and hold a special promise for each of them.

“The romance between Carey and Nicholas is richly textured with spirituality…a great story that bridges ancient life twenty centuries ago with a brilliant mystery plot and plenty of regional charm.” —Publishers Weekly

Davis Bunn is the award-winning author of numerous national bestsellers with more than seven million copies in print. His work has been published in sixteen languages, and his critical acclaim includes three Christy Awards for excellence in fiction. He and his wife, Isabella, divide their time between England and Florida.