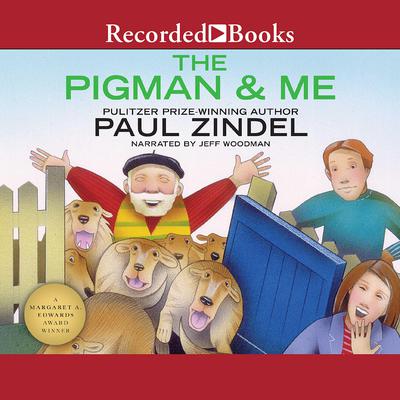 The Pigman and Me

"Eight hundred and fifty-three horrifying things had happened to me by the time I was a teenager. That was when I met my pigman, whose real name was Nonno Frankie." The year Paul Zindel and his family moved to the sleepy town of Travis, New York was the most important time of his whole life. It was the year he and Jennifer Wolupopski became best friends. It was the year of the apple tree, the zombie neighborhoods, and most importantly, the year he met Nonno Frankie Vivona, the mischievous grandfather who became his pigman. If you are like Paul, you probably won't recognize your pigman when he first appears. But what you do when you meet him will be a matter of life and death, because a pigman is the only one in the world who can teach you the secret of life. With zany humor and sensitive insight, this ALA Best Book for Young Adults is another outstanding work from Pulitzer Prize-winner Paul Zindel, whose novels have been delighting young readers for over twenty five years.

Paul Zindel (1936-2003) attended Wagner College, where he majored in chemistry, but also studied playwrighting with Edward Albee. He pursued playwrighting while teaching high school chemistry for ten years, quitting teaching in order to pursue writing full time after his 1969 play, The Effect of Gamma Rays on Man-in-the-Moon Marigolds, won the Pulitzer Prize. In addition to his writing for the stage and screen, Zindel authored more than 50 books, most for young people.