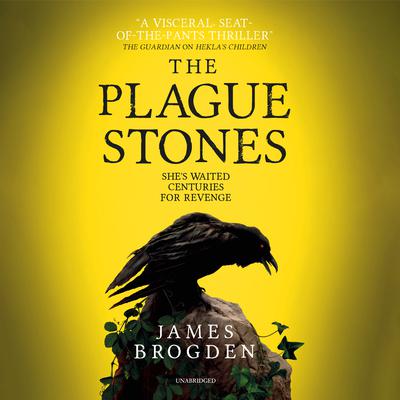 From the critically acclaimed author of Hekla’s Children comes a dark and haunting tale of our world and the next.

Fleeing from a traumatic break-in, Londoners Paul and Tricia Feenan sell up to escape to the isolated Holiwell village where Tricia has inherited a property. Scattered throughout the settlement are centuries-old stones used during the Great Plague as boundary markers. No plague-sufferer was permitted to pass them and enter the village. The plague diminished, and the village survived unscathed, but since then each year the village trustees have insisted on an ancient ceremony to renew the village boundaries, until a misguided act by the Feenans’ son then reminds the village that there is a reason traditions have been rigidly stuck to, and that all acts of betrayal, even those committed centuries ago, have consequences…

James Brogden is a British writer of horror and dark fantasy. He lives in the United Kingdom where he teaches English. He is the author of the Tourmaline series and many more stand-alone novels. His horror and fantasy stories have appeared in anthologies and periodicals and have been published by the Big Issue, the British Fantasy Society’s Dark Horizons, Alchemy Press, and Anachron Press.